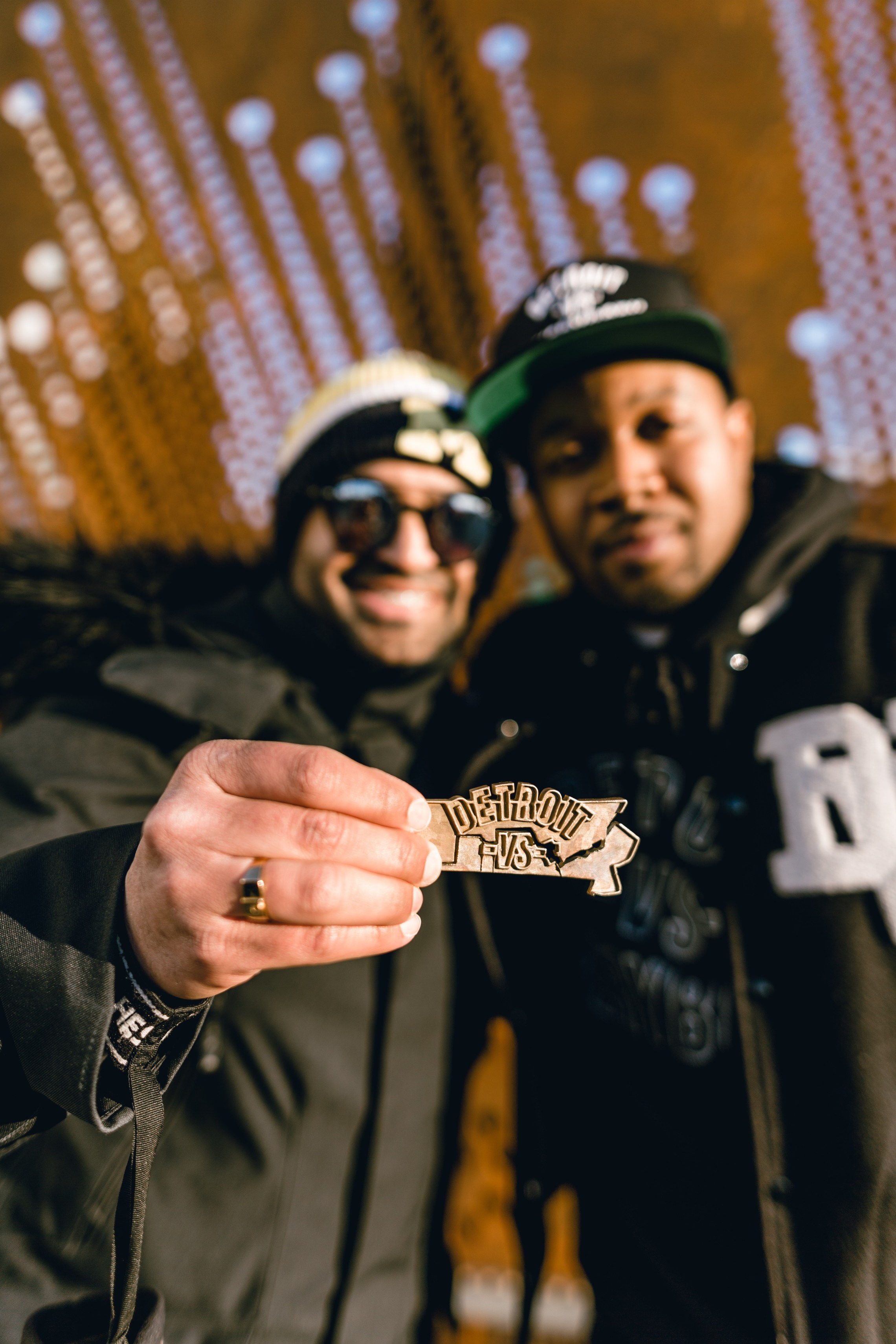 DVE stands for Detroit vs. Everybody, a clothing brand started in 2012 by Tommey Walker Jr., a 31-year-old Detroit native. His design — a vertical arrangement with the word Detroit on top, vs. in the middle with a hyphen on each side, and Everybody underneath — is everywhere. You can find gear from most sports teams, most cities, pop-culture franchises, even college fraternities and sororities, stating that they are somehow versus everybody. There are Detroiters who are annoyed at the proliferation. Detroit makes, everybody takes.

But Walker, surprisingly, isn’t one of them. His business sits at the intersection of authenticity and appropriation, gentrification and branding, provinciality and ambition. His story is American capitalism in 2018.

Walker is a graphic designer by trade, and was working for various major record labels when the idea for Detroit vs. Everybody popped into his head. On a business trip in California, Walker flipped on the TV news only to see that the multiple scandals of Detroit’s then-mayor, Kwame Kilpatrick, had become national news. “It created a chip on my shoulder, because at that time the renaissance going on in the city of Detroit had already started, and me being a creative figure on the front lines, actually seeing it happen — it’s something you’d have to come to Detroit to see and know, it kind of frustrated me,” says Walker. In 2008, when the scandal broke large, Detroit’s status in the national conversation was still as a cautionary tale: a formerly great city, now derelict and dangerous. By the time Kilpatrick was sentenced, five years later, Detroit’s reputation had changed.